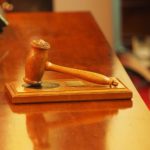 The German legislature makes it very easy for insurance companies: if an insurance company refuses to cover the costs in the event of a claim for damages, the damaged party then has to take legal action. These medical liability cases then typically take several years without the patient receiving any money from the insurance companies in the meantime. On the contrary; patients initially have to bear all legal costs themselves. This way insurance companies can play out time, thus indirectly wearing down damaged parties financially, whilst lining their own pockets.

US legislature is different in the sense that punitive damages can be awarded. This penalty can be demonstrated best with a real case:

In the US state of Mississippi, a casualty insurance that had been sued had refused to action a legitimate settlement claim of the damaged party of $ 20,000. Despite the fact that this type of noncompliance is considered a fraud, the maximum penalty at the time was 1,000 USD. The threat of penalty was evidently insufficient to dissuade the injuring party from such illegal conduct, considering the lucrativeness of routinely rejecting legitimate claims of injured parties. In addition to the damages for pain and suffering the court ordered payment of punitive damages of $ 1.6M, 0.5% of capital resources of the insurance company.

A comparable law in Germany could lead to insurance companies reflecting on their regulatory practice. The damages awarded for birth defects or traumas are currently a maximum of 200,000-600,000 € in Germany, a scandalously low sum.

Trials for damages in the US can be greatly appealing to both legal amateurs and professionals. This is, amongst other things, due to the large sum of damages awarded to injured parties by the courts. Manufacturers of medical products are faced with high liability risks due to numerous individual regulations that have resulted in a diverse and confusing case law. The following 1992 case is of high importance for the demonstration of the main differences between the legal situation in the US and the German “Produkthaftungsrecht” (product liability law). The case led to widespread international uproar regarding the American punitive damages jurisdiction. The case concerned an elderly woman who had sustained burns from a a coffee cup at a restaurant of the McDonald’s-chain. She was allegedly supposed to receive millions of dollars in compensation for her injuries. When taking a closer look at the circumstances, however, it becomes evident that the amount of damages to be awarded were indeed justified;

“Liebeck ./. McDonald’s”
The injured party was in her grandchild’s car, where she removed the plastic lid off of the fast food chain’s coffee cup that she had wedged between her knees, which led to the contents spilling over her legs. The coffee was absorbed by her sweatpants and came in contact with the plaintiff’s skin for a significant period of time, sufficient to cause third degree burns on 6% of her body surface. She subsequently had to spend 8 days at the hospital, where skin transplantation had to be carried out. The injured party never fully recovered from the consequences of the accident.

The injured party subsequently demanded $ 20,000 from McDonald’s to cover the treatment costs and other damages incurred. McDonald’s, however, was only willing to pay $ 800. During the lawsuit that followed this incident it was revealed that between 1982 and 1992, over 700 complaints had been registered concerning the temperature of McDonald’s coffee. Despite these incidents the fast-food chain refrained from reducing their coffee’s temperature. The Jury then awarded $ 2.7M in punitive damages to the plaintiff, which was reduced by the judge to $ 480,000. In addition, compensation for pain and suffering of $ 200.000 was awarded, which was reduced to $ 160,000 due to contributory negligence on the plaintiff’s behalf. Both parties subsequently agreed to a settlement whose sum was never made public.

The case vividly expresses the differences between the legal situation in the US and that in Germany in the field of personal injury. In addition to the material and immaterial damages awarded in Germany, the American system awards punitive damages as compensation intended to punish the defendant for his conduct and to discourage him from illegal conduct in the future (social/personal prevention) as well as to discourage others (general prevention). With regard to the burns sustained by the plaintiff and the following health implications, McDonald’s initial offer to pay $ 800 was unacceptable. Considering that there were hundreds of likewise negatively affected people without the company ever responding by reducing the temperature of their coffees, punitive damages serves exactly the right purpose: The injuring party is punished for their illegal conduct. With regard to the company’s profits that McDonald’s makes by selling coffee, the awarded sum is not even close to their daily revenue.